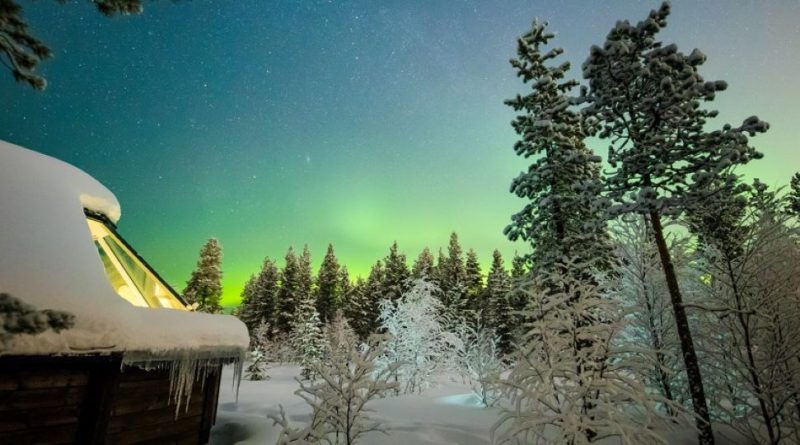 The federal government says it intends to lift some quarantine measures for fully vaccinated Canadians returning to the country beginning in early July. Arrivals would not have to spend three days in a government-sanctioned hotel (at their own expense) but would still be subject to a COVID test upon arrival and self-quarantine until receiving a negative result. Industry groups welcomed the news but said it was lacking in detail and did not yet constitute a “clear plan” for a restarting travel.

Notwithstanding that Americans cannot travel to Canada (on a non-essential basis), the US government has adjusted its travel rating for this country from a level 4 “do not travel” to level 3 – “reconsider.”

European Union lawmakers endorsed a new travel certificate that will allow people to move between European countries without having to quarantine or undergo extra coronavirus tests, paving the way for the pass to start in time for summer. Several EU countries have already begun using the system, including Bulgaria, Croatia, the Czech Republic, Denmark, Germany, Greece, and Poland.

Effective June 8, the Megabus stop location in Toronto relocated to the new Union Station Bus Terminal located at the corner of Bay St. and Lakeshore Blvd. next to the train station. The location at 610 Bay St. is no longer in use.

An official restart of operations in Europe and Africa for Tauck will begin with selected departures of its “Iceland” and “Treasures of the Aegean” small ship ocean cruises this month and in July. Also scheduled for July are the resumption of the company’s cruises in the Galapagos Islands as well as its Tauck Bridges family adventure in Costa Rica. Tauck’s guided safaris in eastern and southern Africa will resume in August, as will its land tours in Spain, France, and Portugal. August will also mark the resumption of Tauck’s European river cruises, with yet-to-be-determined departure dates for sailings on the Rhône and Seine in France and the Douro River in Portugal.

Holland America is cancelling the remainder of the summer 2021 European sailings aboard two ships, Nieuw Statendam and Volendam. This affects cruises that were scheduled to depart from September through November, along with the Collectors’ Voyages (combined cruises) associated with those departures. Guests automatically will be moved to a 2021 cruise on Eurodam in the Mediterranean, beginning with the Aug. 15 cruise through the Oct. 30 transatlantic crossing or they may choose to move to an equivalent cruise in 2022 at the 2021 fare or receive a Future Cruise Credit of 110% of any cash paid.

The US Transportation Security Administration (TSA) surpassed the two-million threshold for travellers screened in one day on Friday 11, when 2,028,961 people were screened at airport security checkpoints. It marked the first time that more than two million individuals were screened since March 2020. The milestone represents 74% of travel volume versus the same day in 2019 and 1.5 million more travellers than the same day in 2020.

Air Canada has extended its COVID-19 refund window for 30 days until July 12. The policy allows eligible customers who purchased a non-refundable ticket before April 13, 2021, for travel on or after Feb. 1, 2020, but who did not fly for any reason, to submit their request for a refund online or with their travel agent. The airline also said it is calling back 2,600 workers as it prepares for an increase in demand for flights.

Transat AT Inc. says it is planning to resume flying starting July 30. The travel company suspended operations on Jan. 29 after Ottawa’s request to not travel to Mexico and the Caribbean as well as new quarantine measures and testing requirements.

More Dreamliner flight options from Western Canada to Maui and new non-stop service from Calgary to Kona and Lihue will highlight WestJet’s winter program to Hawaii. The carrier will offer 57 weekly roundtrip flights on 10 non-stop routes, more than any other airline.

More than 300 trips worldwide from G Adventures are being discounted by 15 or 20% (including all Sailing adventures) when booked by June 30 and departing before June 30, 2022. All Summer Sale bookings feature G’s ‘Book With Confidence’ policy, which enables travellers to change their tour dates free-of-charge up to 30 days before the trip departs.

Through June 30, Collette is offering $500 off p.p. on new bookings for any travel beginning in May of 2022, through to September, and including itineraries featuring the Oberammergau Passion Play in Germany. Use the offer code JUNESAVINGS.

Dates and prices have been released for 50 Degrees North’s 2022 and ‘23 ‘Chase the Northern Lights’ and ‘Follow the Northern Lights’ small group tours in Norway and Finland, as well as four more shorter escorted tours. The former tours will now continue with scheduled departures from October, 2022 and March, 2023 respectively.

Starting July 15, the Globus family of brands – Globus, Cosmos, Avalon Waterways and Monograms – will require guests on its upcoming international tours, river cruises, and independent vacation packages to provide proof of vaccination to join. The requirement will last until Oct. 31, after which the company plans to revert to its policy of proof of vaccination, negative COVID-19 test, or immunity for travel.

Carnival Cruise Line says it plans to return to guest operations from Port of Galveston on July 3 with Carnival Vista, followed by the return of operations on Carnival Breeze on July 15. Only vaccinated passengers (14 days before) are eligible. Carnival Horizon is also expected to cruise again from PortMiami, pending negotiations with the state over proof of vaccine.

Six new departures have been added to Crystal Cruises Luxury Bahamas Escapes program aboard the Crystal Serenity. The seven-night all-Bahamas itineraries include three cruises round-trip from Nassau on Oct. 23, 30 and Nov. 6, and three from Bimini on Oct. 24, 31 and Nov. 7.

Symbolizing the post-pandemic resurgence of Chicago and the US, the Sheraton Grand Chicago, which has been in hibernation since last March, has re-opened with updated accommodation, new amenities and a one-of-kind safety “Pointes” program demonstrated with ballet movements by Ballet Chicago and Deeply Routed Dance Theatre. “Performed around the hotel, each graceful act reveals changes made inside the Sheraton Grand and manifests Chicago’s cultural experiences returning back to life,” says GM Mark Lauer.

Now open, The St. Regis Bermuda Resort blends the timelessness of a bygone era with avant-garde Bermudian design and cultural influences. Set on St. Catherine’s Beach and overlooking the fort in historic St. George, the resort is the first Marriott International luxury brand property to debut on the island. Features include 120 elegant guest rooms and 21 suites, top-rate amenities, signature butler service, plus spa, golf course, fitness centre, kids club, and the brand’s first casino, due to open later in the year.

Universal Orlando Resort’s Islands of Adventure theme park has unleashed what it says is a “game-changer for the industry – Florida’s fastest, tallest, and most intense launch coaster ever created.” The Jurassic World VeliciCoaster catapults riders 47 m. into the air at extreme speeds up to 112 kph while racing alongside a ferocious Velociraptor pack, inspired by the blockbuster “Jurassic World” films. The thrill ride propels guests into an immersive dinosaur habitat complete with 360-degree inversions, an 80-degree drop, and a dynamic inverted stall that alone spans more than 30 m.

AmaWaterways has announced a series of executive-hosted FAM sailings for travel advisors this summer in Europe. Agents making three new FIT bookings on the same sailing qualify for the “Sail with Me” promotion, which allows agents to earn back the cost of their stateroom. Check out Ama’s travel agent portal for full details and dates.

June 23: Brand USA is preparing for the resumption of cross-border travel by planning a special virtual training day for Canadian travel agents, hosted on the Brand USA Global Marketplace on Wednesday June 23 from 11:30 a.m. to 2 p.m. EDT. Through live training sessions and pre-recorded segments, agents will learn about the latest products, protocols, and information on what’s new in the US travel and hospitality industry (including a keynote address from US National Parks), ensuring they are equipped with the tools necessary to promote and sell the US. All pre-recorded content will also be translated into French. Register HERE – deadline is June 21.

WestJet president and CEO Ed Sims has announced that he will retire at the end of the year, though he will stay on in a senior advisory role with Onex Partners.

The Globus family of brands has hired Fiona Schonewille for a contract role as Business Development Manager (BDM) in British Columbia to cover a parental leave. Based in Vancouver, Schonewille is responsible for building and maintaining travel partner relationships and regional sales goals for Globus, Cosmos, Monograms and Avalon Waterways.

Miami is ready, willing, and almost able to able to welcome Canadians to south Florida pending the potentially imminent easing of border restrictions in early July. City tourism representatives and partners hosted a virtual travel agent networking event last week, at which counsellors were updated on the latest news in the city and reminded of the ongoing “Miamiland” campaign, which promotes the many activities and opportunities beyond the city limits, such as nearby Everglades National Park. It was also pointed out that research into the Canadian market has identified three key demographics suited to the city: Experience Seekers under the age of 30; Affluent Wanderers who earn $200,000-plus a year and want to stay longer; and Sun Season Baby Boomers, who tend to book with travel agents. Agents were also advised to check out a recently introduced travel agent specialist program offered by the Greater Miami CVB and to head to its website for more INFO.